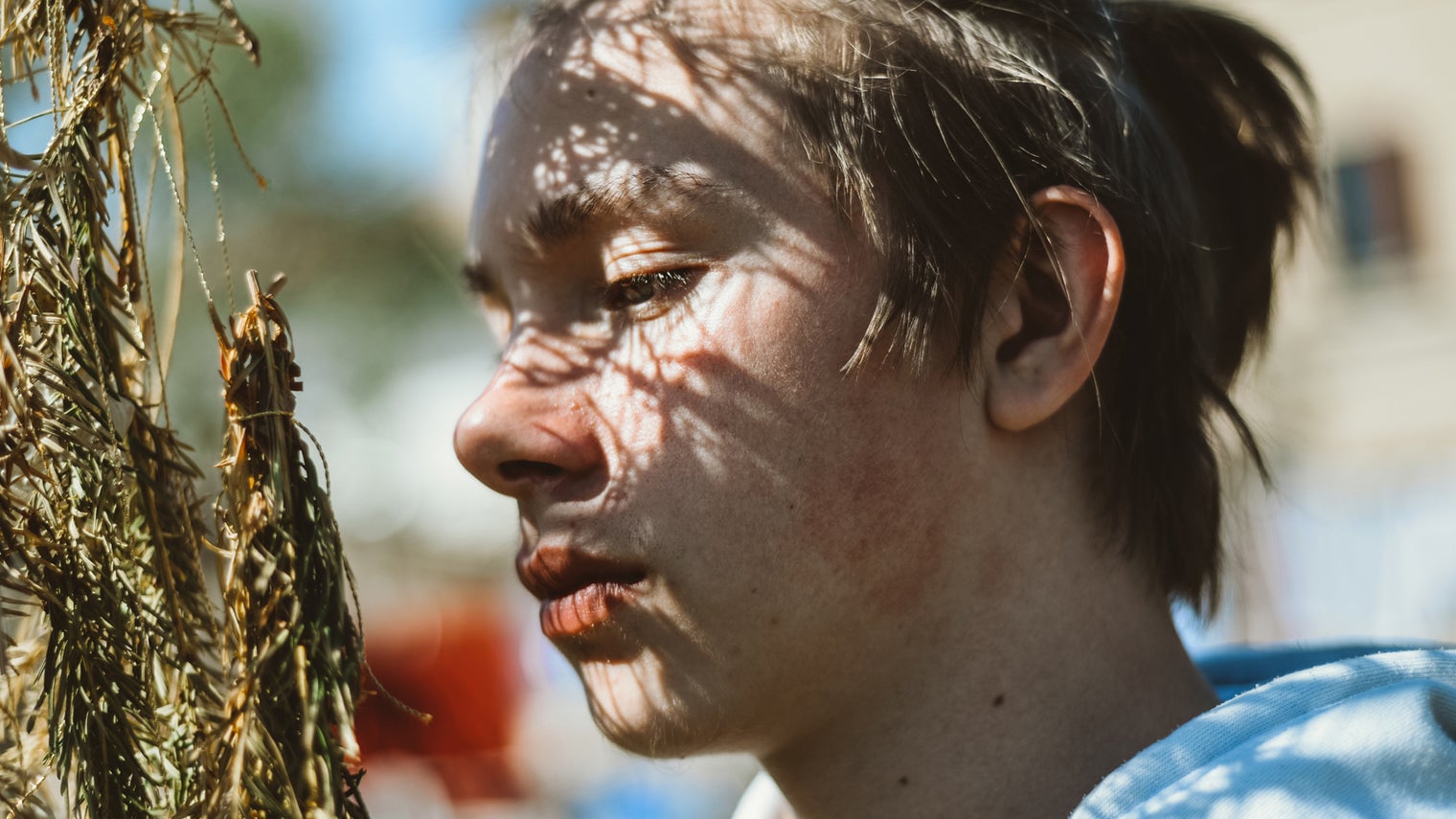 Depression can manifest in many different ways when you have a chronic illness. Here’s how I navigate the impacts of chronic illness on my emotional health.

My journey with depression began very early. I was 5 years old when I first fell ill with a host of chronic illnesses. The most serious of these, systemic juvenile idiopathic arthritis (SJIA), wasn’t accurately diagnosed until about eight months later. In the interim, I had been misdiagnosed with everything — food allergies, chemical sensitivities, medication reactions, and more.

The scariest misdiagnosis came when I was given six weeks to live — they thought I had leukemia, a common misdiagnosis for SJIA.

When I was facing death as a child, I wasn’t afraid. I was secure in the fact that I tried to be a good person, even though I was so little. But a year later, depression hit, and it hit hard.

I wasn’t on any treatments for my SJIA, save for a basic over-the-counter painkiller. My disease was worsening and I was scared about what would happen next. And because of abuse going on at home, I wouldn’t see a doctor from the time I was 7 years old until I was 21. I was also homeschooled, from part of first grade through seventh grade, which meant that I didn’t really have any contact with people outside of our extended family, save for some neighborhood and day care kids.

As an adult, I continued to struggle. Friends passed away, causing an enormous amount of grief. Others slowly filtered out, because they didn’t like the fact that I had to cancel plans so often.

When I quit my job in pediatric administration at a university, I lost a lot of benefits, like a steady paycheck and health insurance. It wasn’t easy to make that decision to be my own boss, knowing all I was losing. But even though there may not be as much money in our household these days, I am now doing better, both physically and emotionally.

My story isn’t that unique — depression and chronic illnesses play together often. In fact, if you already have a chronic illness, you can be almost three times as likely to battle depression, too.

Here are some of the many ways that depression can manifest when you have a chronic illness, and what you can do to control the emotional damage it can cause.

Isolation is common for many of us struggling with health issues. When I’m flaring, for example, I may not leave the house for a week. If I do go somewhere, it’s to get groceries or prescriptions. Doctor’s appointments and errands just aren’t the same as connecting with friends.

Even when we aren’t isolated physically, we may be emotionally removed from others who aren’t able to comprehend what it’s like for us to be ill. Many abled people don’t understand why we may need to alter or cancel plans due to our illnesses. It’s also incredibly difficult to comprehend the physical and emotional pain we experience.

Tip: Find others online who are also struggling with chronic illness — it doesn’t necessarily have to be the same one as yours.

A great way to find others is through Twitter using hashtags, like #spoonie or #spooniechat. If you want to help your loved ones understand illness more, “The Spoon Theory” by Christine Miserandino can be a useful tool.

Even explaining to them how a simple text can lift your spirits can make all the difference to your relationship and state of mind. Know that not everyone will understand, though, and that it’s OK to choose who you explain your situation to, and who you don’t.

Dealing with abuse can be a major issue for those of us who are already living with chronic illness or disability. We are almost four times more likely to deal with emotional, mental, sexual, or physical abuse. Reliance on others exposes us to people who don’t always have our best interests at heart. We are also often more vulnerable and unable to fight back or defend ourselves.

Abuse does not even have to be directed at you for it to affect your long-term health. Health issues like fibromyalgia, anxiety, and post-traumatic stress have been linked to exposure to abuse, whether you’re a victim or a witness.

Are you concerned or unsure that you may be dealing with emotional abuse? Some key identifiers are shaming, humiliating, blaming, and either being distant or incredibly too close.

Tip: If you can, try to stay away from people who are abusive. It took me 26 years to fully recognize and cut contact with an abuser in my family. Since I’ve done that, though, my mental, emotional, and physical health have improved drastically.

There are many ways we can experience a lack of support from doctors and other healthcare providers — from those who don’t believe that certain conditions are real, to those who call us hypochondriacs, to those who don’t listen at all. I’ve worked with physicians and I know their jobs aren’t easy — but neither are our lives.

When the people prescribing treatments and care for us don’t believe us or care about what we’re going through, that’s enough pain to bring both depression and anxiety into our lives.

Tip: Remember — you are in control, at least to an extent.

You’re allowed to fire a doctor if they aren’t being helpful, or provide feedback. You can often do this semi-anonymously through the clinic or hospital system you visit.

The financial aspects of our illnesses are always difficult to deal with. Our treatments, clinic or hospital visits, medications, over-the-counter needs, and accessibility devices aren’t cheap by any measure. Insurance may help, or it may not. This goes double for those of us living with rare or complex disorders.

Ask hospitals and clinics if they have sliding scales, payment plans, or if they ever forgive medical debt.

We grieve for an awful lot when we deal with illness — what our lives could be without it, our limitations, exacerbated or worsening symptoms, and so much more.

Getting sick as a child, I didn’t necessarily feel as though I had much to grieve. I had time to grow into my limitations and figure out a few work-arounds. Today, I have more chronic conditions. As a result, my limitations change often. It’s difficult to put into words how damaging that can be.

For a while after college, I ran. I didn’t run for school or races, but for myself. I was happy that I could run at all, even when it was a tenth of a mile at a time. When, suddenly, I couldn’t run anymore because I was told that it was affecting too many joints, I was devastated. I know running isn’t good for my personal health right now. But I also know that not being able to run anymore hurts.

Tip: Trying therapy can be a great way to deal with these feels.

It isn’t accessible to everyone, I know, but it changed my life. Services like Talkspace and crisis hotlines are so vital when we are struggling.

The path to acceptance is a winding road. There is no one period of time we grieve the lives we could have had. Most days, I’m fine. I can live without running. But on other days, the hole that running once filled reminds me of the life I used to have just a few years ago.

Remember that even when it feels like chronic illness is taking over, you are still in control and are capable of making the changes you need to make in order to live your fullest life.