These Stunning Photos Reveal the Hidden Side of Depression 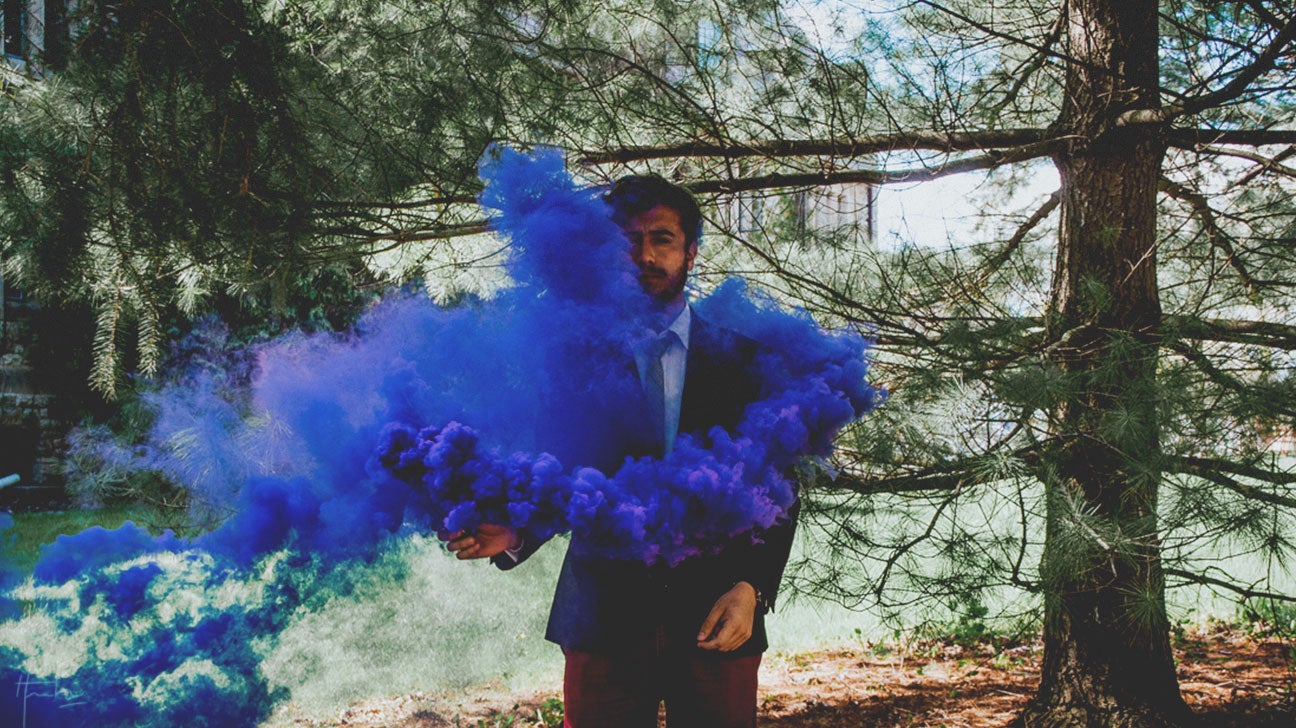 If you’ve ever wondered what depression and anxiety look like, this is it – “The Art of Depression” by Hector Andres Poveda Morales.

The first self-portrait Hector Andres Poveda Morales took to help others visualize his depression was in the woods near his college. He stood with the camera’s flash timer, surrounded by trees, and triggered different colored smoke grenades when something inside him went on autopilot.

The photo of Morales standing surrounded by vibrant blue smoke with half his face obscured is titled “suffocation.” “[For] most of the pictures, I didn’t know I wanted them that way. I realized that they were what I wanted when I saw them,” he says. It’s arresting not just because of the colors — or the fact that he’s wearing a suit in the woods — but because of the starkness of the background and the expression on his face.

During Morales’ sophomore year of college, he sunk into a depression he couldn’t lift himself out of.

“I was having very bad anxiety attacks. I couldn’t eat, I couldn’t get up in the morning. I’d sleep a lot or I wouldn’t sleep at all. It was getting very, very bad,” he explains. “Then it got to the point, where, well, I found it helpful just to talk to strangers about what I was going through. I thought I might as well just release that load from my back. And just make it public.”

Morales, 21, was enrolled in an introductory photography class at the time. He decided to begin taking photographs of his depression, finding a way to communicate to his friends and family how he was feeling. The resulting series, known as “The Art of Depression,” is eight gorgeous, gutting representations of mental illness.

We spoke with Morales about his work, the emotions he was trying to convey, and what his plans are for his future.

Why did you decide to make this a visual project?

I took a photography course at my former college. Throughout the entire course, my professor would say, “Your pictures are very powerful and they’re very sad.” She would ask me if I was okay. So I thought, let’s do something meaningful with my final project. But I didn’t want to call people and just take portraits. So I began researching different prints other people had done and started writing specific words that described what I was feeling.

What are the symptoms of depression? »

How did you decide on these eight specific emotions?

Before I began this project, I had a journal about how I felt each day. In a way, it was like a month of research and preparation.

I also wrote a list of 20 to 30 words. Anxiety. Depression. Suicide. Then I started matching these words with my journal.

Were you aware how clear these emotions would come across to the viewer?

I wasn’t. That’s something I realized the day I published them. One of my friends came running to my dorm. He was very concerned about me and said he knew what I was going through.

That’s when I realized the images meant something to somebody else, too. I never really expected that my project would touch so many people. It was just me talking. It was just me trying to say something that I didn’t say with words. I was actually able to connect on a very intimate level with many people in a way that I wasn’t able to do before. Or in a way that I can’t do with words.

What’s the difference between sadness and depression? »

Did you always know you were going to publish the images?

No. At first, it was just something that I did for myself. But last year, [in] May, I was in a very bad place. I was going through a very rough patch at college and I decided to post it. It took me a month and a half to do the project and then I just published it.

How have you handled the fact that publishing may have changed how other people see you?

Well, the response has been very, very good and I’m still the same person. It did change me in a way, though. For the first time in my life I’m able to talk about my depression without feeling ashamed of myself.

Why do you think that is?

That has changed now.

I have to cope with it. But I want to help people.

If me talking about my process and my feelings and what I’ve been through can help somebody else, that really brings me some joy. Especially because where I’m from in Colombia — and in Colombia as a whole — depression and mental health issues are such a taboo. And this gives people a way to understand what I’m going through.

Keep reading: Effects of depression on the body »